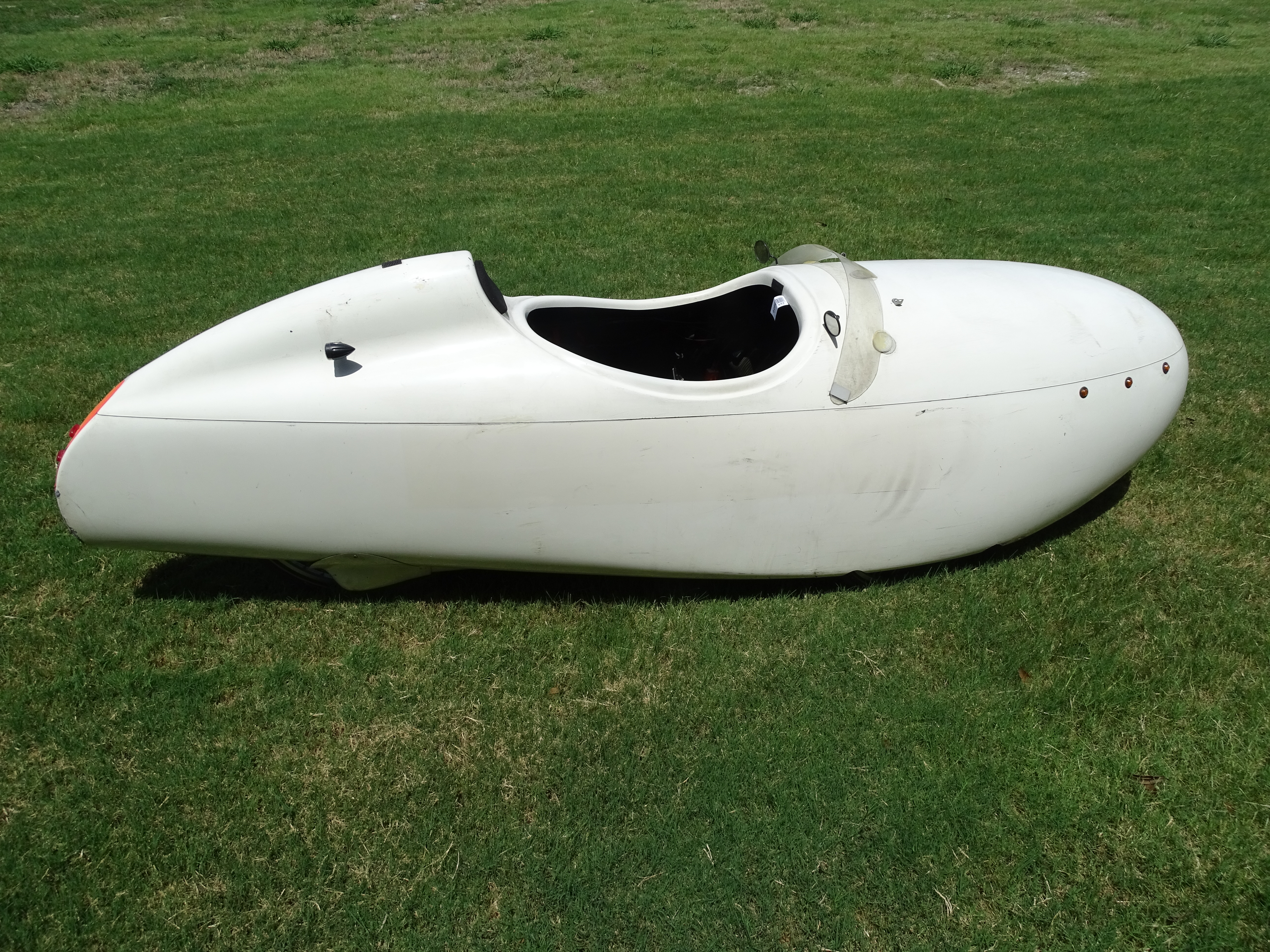 This velomobile was constructed around 2009/10 and was owned by the consigner since 2012 and used as a lead vehicle in a trike tour business, so for much of its life, it was a working velomobile, though was also utilized for light racing and some longer rides. Mileage is estimated at 12-14,000, with the bulk of mileage accumulated at slow speeds on city streets.

This velomobile is sold as-is. Includes Flevo cover and manhole cover. The original rear shock was replaced with a Risse air shock. The “coathanger” has been replaced with an updated, reinforced aluminum version. Front shocks were overhauled and turn signals and horn were installed by Bicycle Evolution approximately 4 years ago (tape in the photos was to protect wiring from the large feet of the rider combined with the 170mm cranks).

NO pedals are included. Tryker/Marathon Plus tires are "at" half life and the rear needs a new tube due to a small nail in the tire, no damage to the casing. Derailleur adjustments are recommended - original twist shifters were replaced with thumb shifters and both are currently set in friction mode. Chainrings are "well worn" and have lost their crisp edges. Steering U-joint may need servicing; this can be done by us or save some $$ and do it yourself!

There are assorted scratches, cracks and dings in the body due to the working history of the velo. Interior carbon fiber patches were applied by the owner as reinforcement where cracks occurred through the shell - there are no cracks or repaired areas in structural parts of the shell. During its working life, the velo had an extensive decal set on it which covered most of the shell, so there was limited work done on scratches or cracks in the gel coat. There is a crack in the seat that was repaired approximately 6 years ago (a second seat is included, but it also cracked in the same spot and that crack has not been repaired). Overall, this Quest is mechanically sound. A few tweaks and the running gear should be good to go,

We can also arrange for a new paint job if desired.   Paint for these has been running $1200 - $2400 including fills and can be in any color combination, logo or design you want and either clear or gelcoat.

There have been no reviews


Add your own review